Their efforts came to fruition when the Round Rock Chapter was chartered and twenty-nine new Links were inducted on April 30, 1988 with LaVonne P. Mason as our first President.

The Chapter continued to cement the bonds of friendship as it worked on service projects at Sweet Home Baptist Church and other venues in Round Rock, Texas.

The Chapter’s first fund raising effort, a Tea Dance, was held to benefit the African Water Wells Project through Africare. The variety of service projects increased and our service area expanded once The Links, Incorporated made Austin a multiple-chapter city.

In 1990 our second President, Marjorie E. Lee, took the helm of leadership. During her tenure the Chapter began to grow with the intake of new members. The Round Rock Chapter became part of the South Central Texas Cluster which hosted the 1993 Western Area Conference in Austin. Our annual Kwanzaa celebration was expanded to include a live auction to benefit the United Negro College Fund.

Our third President, Andrea Pair Bryant, began her tenure in 1994. The Chapter’s ranks continued to grow. In 1996, The Links, Incorporated granted the Chapter’s request to change its name to Town Lake. Our signature fundraiser became Mardi Gras Madness. Proceeds supported scholarship grants and other educational projects.

Our fourth President, Betty N. James, began her tenure in 1998. She was with us for a short while until a new job opportunity took her to another city.

Upon her departure Ruby Handcox was elected in 1999 and became the fifth President of the Town Lake (TX) Chapter. Under her capable leadership we completed fifteen years of friend-ship and service.

Mary Lou Adams became our sixth president in May, 2002 and her legacy was the chapter involvement with the Nordstrom Gala Opening affording us the ability to invest in the Capital Area Kids Café and the Carver Museum Genealogy Center.

Roxann Chargois became our seventh president in May, 2004. Under her capable leadership the chapter developed and implemented the IKIC Program enhancing the self-esteem of 4th and 5th grade African American girls.

Chiquita Watt Eugene became the ninth president in April 2008, under her leadership she strengthened the use of parliamentary procedures and aligned chapter activities with the Western Area Region and National scope.

Geraldine J. Tucker served as the tenth president beginning her second term in May, 2012; her goal was to expand the chapter’s outreach to develop programs to meet community needs, increase visibility and fundraising targets. The focus was on health-related programs, including women’s health, obesity in children and STEM.

Wendolyn Washington served as our eleventh president in May 2014. Her theme was “Serving through Friendship – Taking it to 2.0”. After serving for a year and demonstrating leadership in excellence as exemplified by Town Lake chapter being awarded 1st place Services To Youth (STY) Western Area winner for our STEM initiative with Norman Elementary; Wendolyn was selected to serve as the Western Area Services to Youth Chair.

Dominque Williams served as our interim President beginning October 2015 and was elected as our 12th President in April 2016. She sought to continue building on the success of the chapter by “being intentional about sisterhood and service”.

Veronica Jordan-Matlock served as our thirteenth President beginning her term in May 2020, and her vision was to celebrate the third tenant of our Core Values – Legacy – while embracing all of our Core Values. 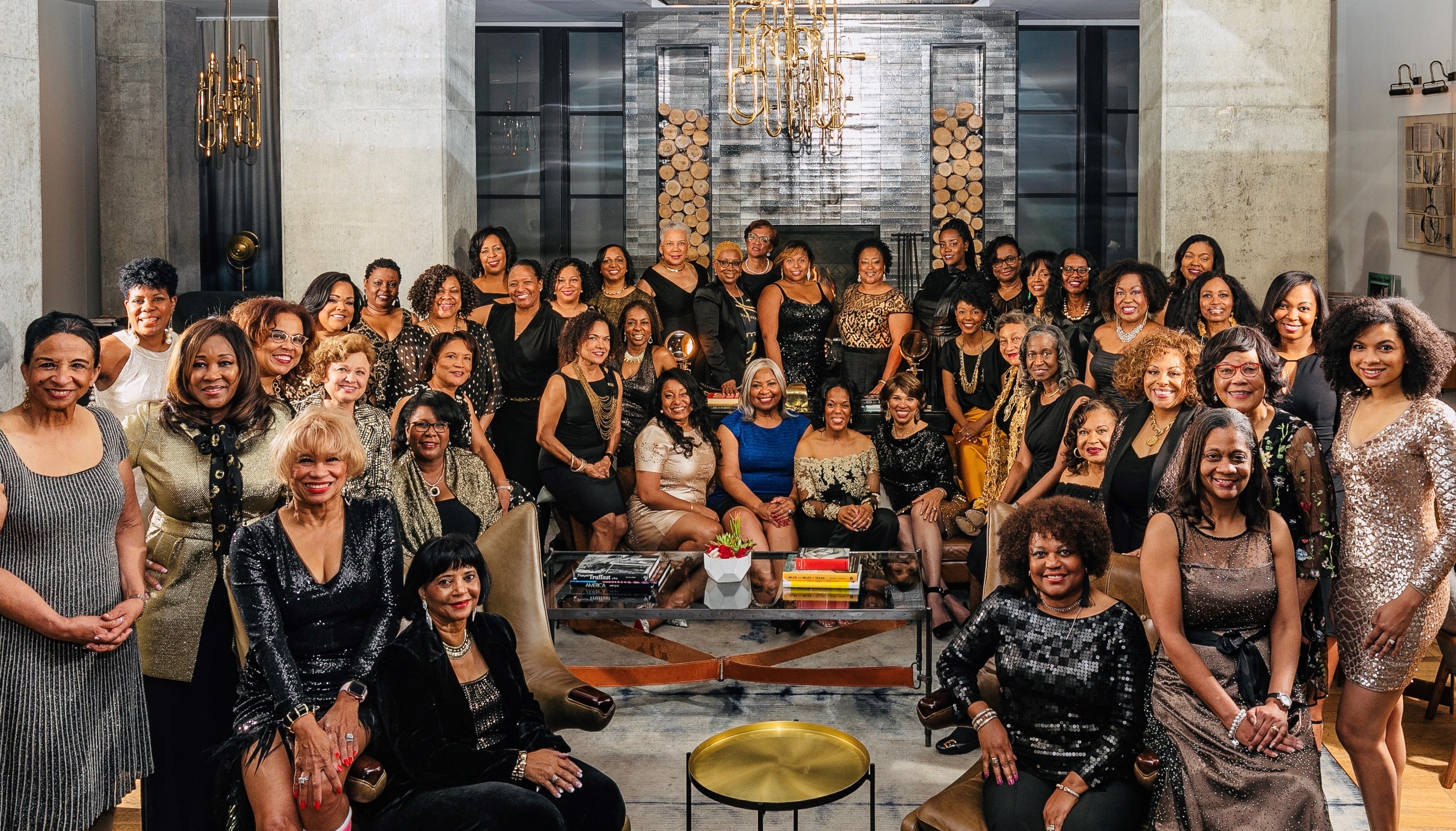 A Night on Bourbon Street at the Hotel Van Zandt: Austin, TX